In real estate circles, there are two pieces of sage advice for those trying to time the market: It’s best to be a winter buyer, and a spring seller.

It can be a savvy move for those looking to get on the property ladder to peruse MLS listings in Toronto during the colder months; while there may be fewer properties to choose from, those trying to sell during the holiday season tend to be extremely motivated and perhaps willing to let their home go for a bargain.

However, the tables tend to turn by the springtime, which is why agents typically advise their seller clients to wait it out. By spring, buyers are the ones feeling the urgency, especially those looking to close their deals and re-settle before a new school year begins. It’s also a much better time to show off a home’s outer attributes, such as its lush lawn and adjacent patio. It’s hard to appreciate curb appeal when it’s buried under a snowbank, after all.

May in particular tends to be the hottest epicentre of the spring market, before both buyers and sellers take a more relaxed approach during the summer holidays.

Other May Sellers Make for Stiff Competition

However, one of the challenges of listing in May is that it’s a crowded marketplace. While there may be more buyers on the prowl, the flood of new inventory from other sellers can pile on the pressure to stand out. In fact, a look at historical sales and listings data compiled by Zoocasa between 2013 and 2018 reveals new listings increase by an average of 75 per cent in May compared to December. That’s an average of 7,238 homes coming to market, versus just 1,810.

With so much more choice available, sellers and their agents may need to invest more in their marketing, such as staging and open house tactics, especially if there are multiple houses or condo units available on the same street or in the same building.

More Homes Sell, But It’s Not a Guarantee

It’s also important to keep in mind that, while there are many more active buyers and transactions in a May market, a smaller percentage of available homes actually sell compared to what moves in December. The numbers reveal that there are roughly 54 per cent more total sales occurring in May than December, with an average of 3,925 transactions versus 1,813.

However, the average sales-to-new-listings ratio (SNLR) for May – a metric that measures how many newly listed homes sell during a specific time frame – is 53 per cent. That’s well within balanced territory, suggesting the flood of new inventory is sufficient to keep up with increased demand, and keeps conditions from overheating.

In comparison, the average SNLR for the month of December is an astounding 100 per cent – indicating that practically everything that hits the market that month will change hands.

However, there’s one big motivation for trying to sell in May, and that’s the hefty price premium you’ll get compared to a winter listing. Buyers are willing to shell out bigger bucks for their desired home in the spring, especially since the hottest properties tend to attract multiple bids and tactics such as bully offers. From a historical perspective, a seller of the average-priced home in May received between nine per cent and 18 per cent more than a December seller did. That translates to dollar gains between $71,307 and $158,044 – no small peanuts, and often motivation enough to content with the greater competition from other sellers during the warmer months.

So, should sellers always choose the month of May to list? As with all real estate transactions, it depends. A seller with a listing that’s sure to be desirable – such detached Toronto houses in prime neighbourhoods – will most likely benefit from the booming competition of a spring market. Sellers with more challenging listings – for example “as is” properties or homes stigmatized in some other way – may very well get their best offer by listing during the quieter winter months.

As always, working closely with a real estate professional is any buyer’s best bet to properly time the market and get top dollar for their listing. 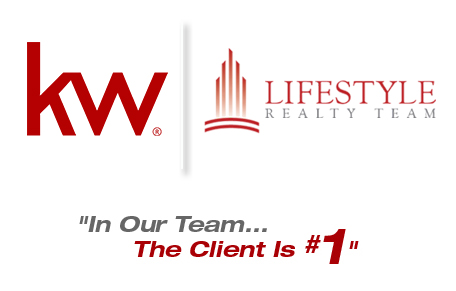